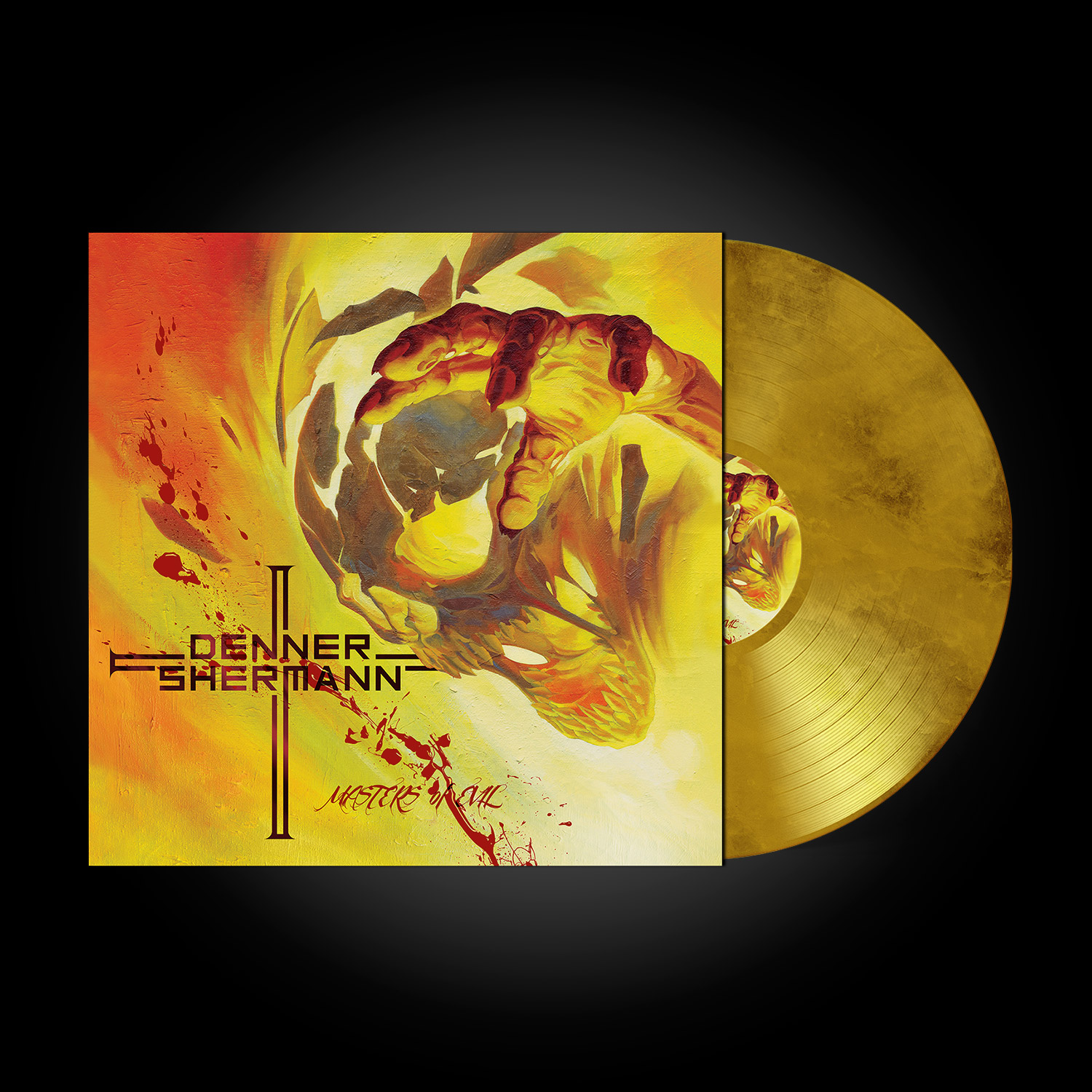 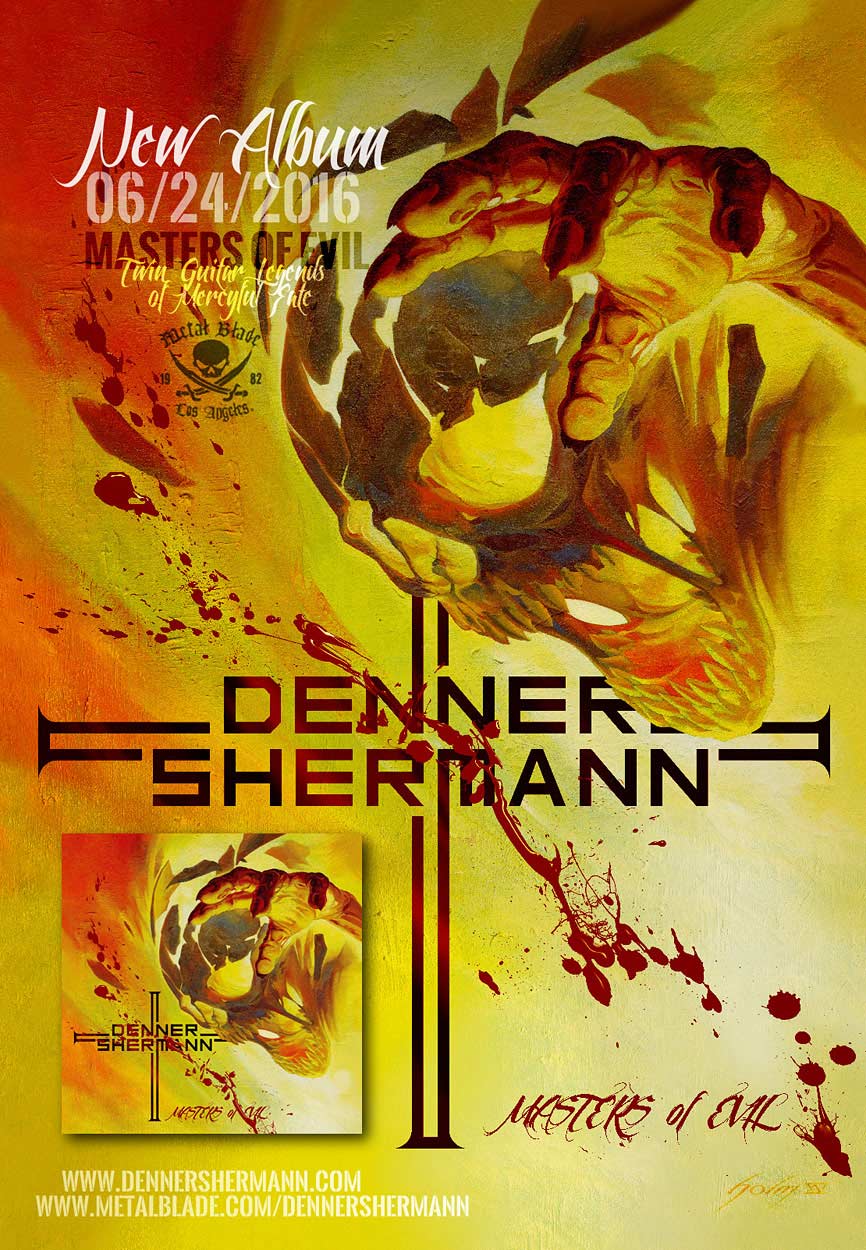 The album cover was painted by Swedish artist Thomas Holm, who also created the Satan’s Tomb artwork. The mixing was again handled by Arnold Lindberg at Sound Industry Studio in Gothenburg, Sweden – who engineered their critically acclaimed EP, Satan’s Tomb. Mastering was done once again by Maor Appelbaum in Los Angeles, California. The vintage sound on the new record harkens one back to the days of 2 inch tape machines, long nights in dark studios, and huge consoles glowing under dim incandescent light.

Masters Of Evil contains 8 new Denner / Shermann tracks that continue right where the EP left off. Building upon the musical foundation of the Satan’s Tomb EP, these songs cover the entire gamut of heavy metal nuances and take the listener down a mysterious path where tales of dark, supernatural fantasies are told, transporting you to places that can only be found in the most vivid, blood curdling nightmares.

Masters Of Evil is fully loaded to satisfy the old fans with just what they would expect – and also injected with menacing, sinister, new surprises that could only come from the sonic DNA of Michael Denner and Hank Shermann.

“After ‘Satan’s Tomb’, we continued aggressively writing and recording ideas, except for the short break we took to do all the press for the release of the debut. We are very excited with the outcome, and the full-length album is ready to be unleashed this summer,” says guitarist Hank Shermann.

Michael Denner adds, “This new record really shows how the five of us have grown as a band and bonded as songwriters. It contains the kind of compositions I believe our fans would expect from us. I think this release will serve as kind of a tribute to our incredible fans worldwide, as we recognize and acknowledge their die hard loyalty over the years.”

The first single, “Angel’s Blood“, comes right at you with a sonic sledge hammer! Once the guitars hit your ears, the unmistakable trademark guitar sound of Michael Denner and Hank Shermann is instantly recognized. Prepare yourself for a heavy metal thrill ride!

With the upcoming Denner / Shermann release on June 24th, also comes live touring. Ever since the first announcement that this guitar duo was reforming, many show requests have been received from all over the world. Now with a full complement of original songs to draw from, look for the group to bring those to a city near you very soon.

Masters of Evil track-listing:
1. Angel’s Blood
2. Son of Satan
3. The Wolf Feeds at Night
4. Pentagram and the Cross
5. Masters of Evil
6. Servants of Dagon
7. Escape from Hell
8. The Baroness